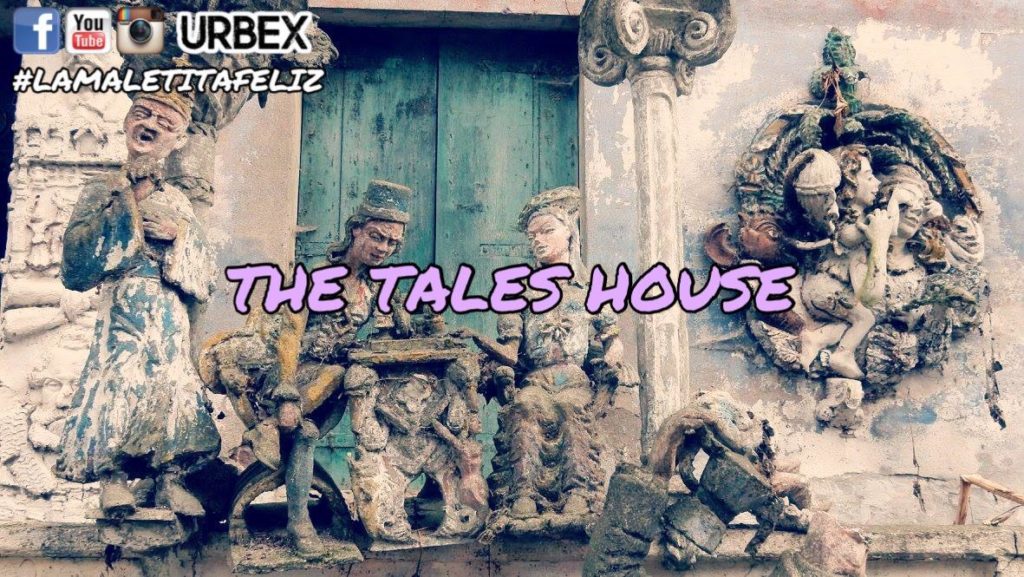 Hi! In this exploration I take you to one of the abandoned places that I loved the most, so much so as to want to come back another time: The Fairy House.

History of the Fairy House

The Fairy House is a two-storey villa once inhabited by two brothers, Alice and Nelly, who  stopped working to live a very simple life, giving up
electricity, gas and water (during the view I did not find even a sink or a bathroom) and eating  mostly of what they grew.
They spent their days decorating the walls of their home with scenes and fairytale characters, Nelly
built so many wonderful statues that decorate the balconies and the garden.

Because of their very unusual lifestyle, the locals called them Adam and Eve and various legends were born among them.
to which the one according to which those statues had been put in their garden in order to capture the children
then eat them and bury their bodies in a field on the back.
Obviously this is not absolutely true, they were there polite and learned.

Anecdotes about Alice and Nelly

Poking around through the documents still present in the house, I found a letter from the Municipality of the locality that invited the two brothers to carry out works of safety in their home, as it was highly dangerous.

Talking to some ladies, I learned that they owned another house, but it was demolished because of the risk of collapse.

Alice died in 2007 and according to her will she is buried wearing fur and python shoes because
although he never left the house he always loved being in order.

Before reaching her in the afterlife, Nelly was hospitalized in two nursing homes, where she was jealous
his pictures and always told about her.

Currently the house is in a total state of abandonment and degradation, immersed in a dense blanket of dry trees
as if they wanted to hide it at the sight of the most, just as these two brothers have always lived.

The entry is really easy, but you have to park the car quite far because there is no place.