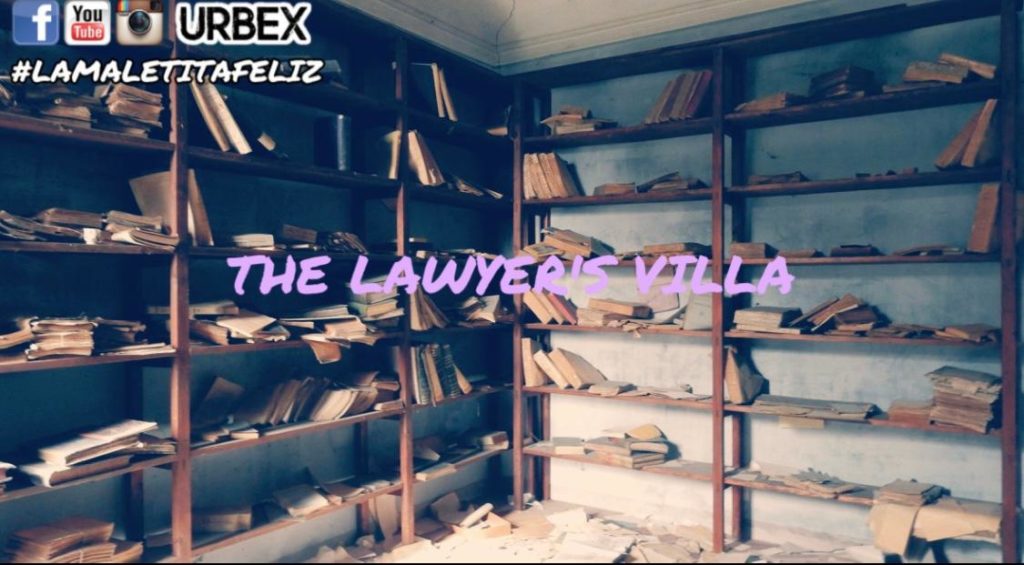 Hello, in this article I’ll talk about The Lawyer’s Villa, a large carming abandoned house belonging first to a lawyer, then to an engineer (I understood it from the many documents scattered around the building).

History of The Lawyer’s Villa

Originally this house was a castle dating from the twelfth century, has an area of ​​2200 square meters and has a park that extends for 19 thousand.

This is the Castle of M. (I prefer not to disclose the name to respect the privacy of the owners) and the name of the place appeared for the first time in a document of an exchange of 200 land perches dating back to 888.

In 1072 the locality belonged to the abbot of S. S. and to other monasteries, but was later destroyed by King Enzio. From now on the news is almost scarce.

In 1486 the fief belonged to the Radini T. and in 1503 a member of the family, Giovanni, asked permission to King Louis XII to rebuild the building because it was unsafe.

The structure is currently in the hands of the heirs of a nobleman, of which there are numerous documents, many of which are very old and belong to the early twentieth century and to Fascism.

Currently the most beautiful room in the Lawyer’s Villa is the one containing all the old books.

Although access to this house is really very simple, the structure is very rundown and about to collapse, so be very careful and wear a pair of suitable shoes.

Avoid parking your car in front of the Lawyer’s Villa due to the presence of neighbors.

If you wanna see the photo gallery click here