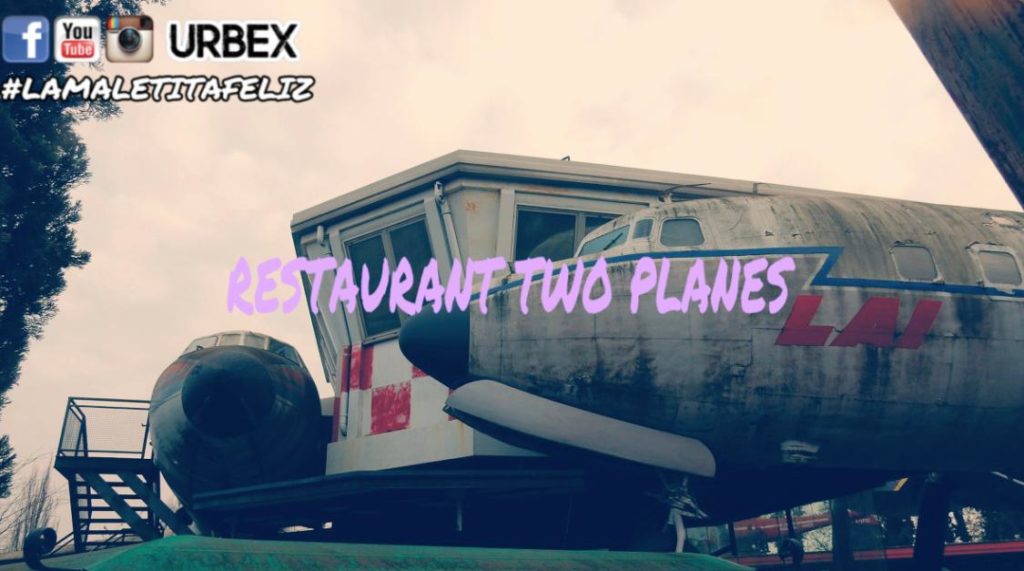 Hello, in this urban exploration I, Paolo, Stefano and the Pink Fluffy Unicorn have landed at the Two Planes Restaurant.

This weird restaurant came from  two real airliners, but now it is seized and it is good that it does not give public information about the location.

History Of The Two Planes Restaurants

The ambitious project The Two Planes Restaurant was founded in 2000 by the idea of ​​G.S., a brewmaster who has always been passionate about good food and drink, who currently practices the same profession.

It included a pizzera restaurant inside the two airplanes (one Italian and one from the Czech Republic) and the Cà degli Ingordi where it tasted grilled meat.

The restaurants were joined by a swimming pool to cool off during the warmer months, a dance floor and a disco.

It closed its doors in 2013 due to bankruptcy: management costs were really too high.

The size of the place required, in fact, for a good performance, a daily inflow of at least 300 customers.

Currently appears at auction and consulting local newspapers seems to be about to reopen … I confess that if it were to happen I would go back to the place not to do urbex, but to try the delicacies still praised by Tripadvisor.

As for the disco, it is very special because of a religious theme, so that was called The Confessional. The out-of-tune note of this place is rather uncoordinated wicker sofas with the rest of the furniture.

As written at the beginning of the article the restaurant The Two Planes Restaurant is under seizure and some urbexers I know found it alarmed with the consequent intervention of the police and security guards.

From what I know the entrances to the disco have been closed to avoid theft and the going away. If you happen to be in the areas, maybe take some pictures or shoot from the outside.