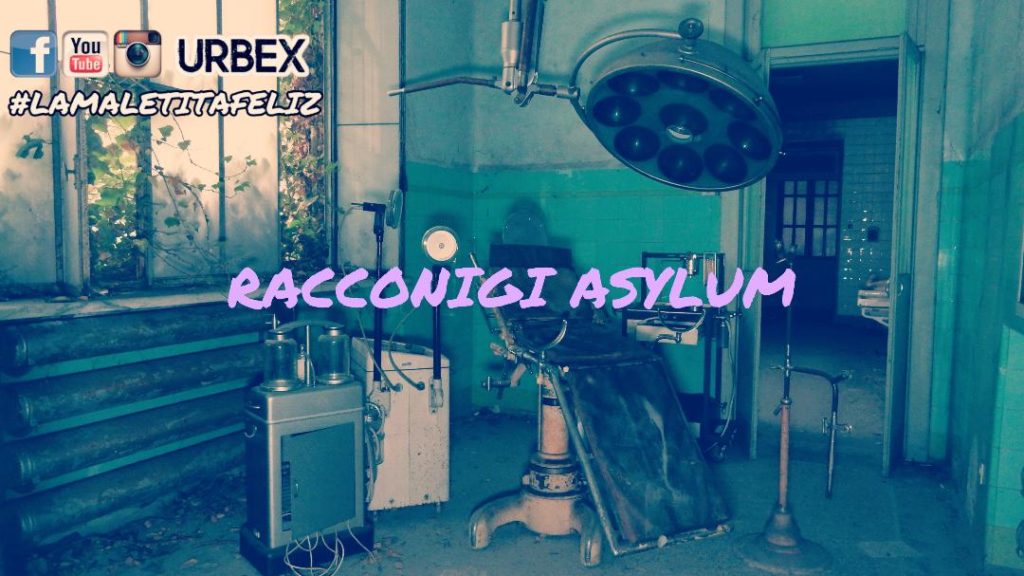 Racconigi asylum or the ideas factory is located in the city center and is one of the most dangerous I’ve ever explored: to secure it, the whole street was closed and the palace was wrapped in thick nets
metal.
In spite of all these barriers, access is very easy: just enter through an open door
to go back in time and breathe the strong disquiet exuded by these ancient walls, but you must be very careful because people can see you and call the police immediately.

This structure was dedicated to Chiarugi (famous Tuscan psychiatrist of the ‘700) and his
construction began in 1786 to be completed in 1829.
The initial project was to found a hospital of charity and pious works, but it was abandoned
to make the building become a college for the sons of former soldiers.
In 1871 it was used as an asylum thanks to its central position, a rather unusual element
since such structures were usually placed in the suburbs, as the sick mentals represented only an element of shame.

The Structure Of Racconigi Asylum

Racconigi Asylums has 3 floors, two internal courtyards and the covered area extends for 10 thousand square meters.
Its area starts from the city center and ends in the suburbs with a large park.

As for the pavilions, they were used as follows:

It was also a city in the city: about 500 people worked there and there was a bakery,
an agricultural colony for ergotherapy, a laboratory of clinical research, one of pathological anatomy,
one of radiology, one of electrotherapy, an operating room for interventions to the nervous system and
the house of the nuns who served in the building.

The greatest peak of patients was recorded during the two World Wars, when the number did not go
below one thousand, but also in the years 60-70 when it reached 1400.

In the 60s at the Racconigi asylum the sarcastic appellation of The Ideas Factory in order
to underline the difference between the worker production of material goods and the visionary production of the
crazy ideas.
It closed its doors in 1981 and from that moment the historic Chiarugi Pavilion began to pour
in a state of deterioration and abandonment more and more, so that the ASL would like to cut it down as the costs
recovery would be decidedly high.

The exploration is really very interesting because you can admire the paintings of the church, but above all
old sanitary equipment still in good condition.